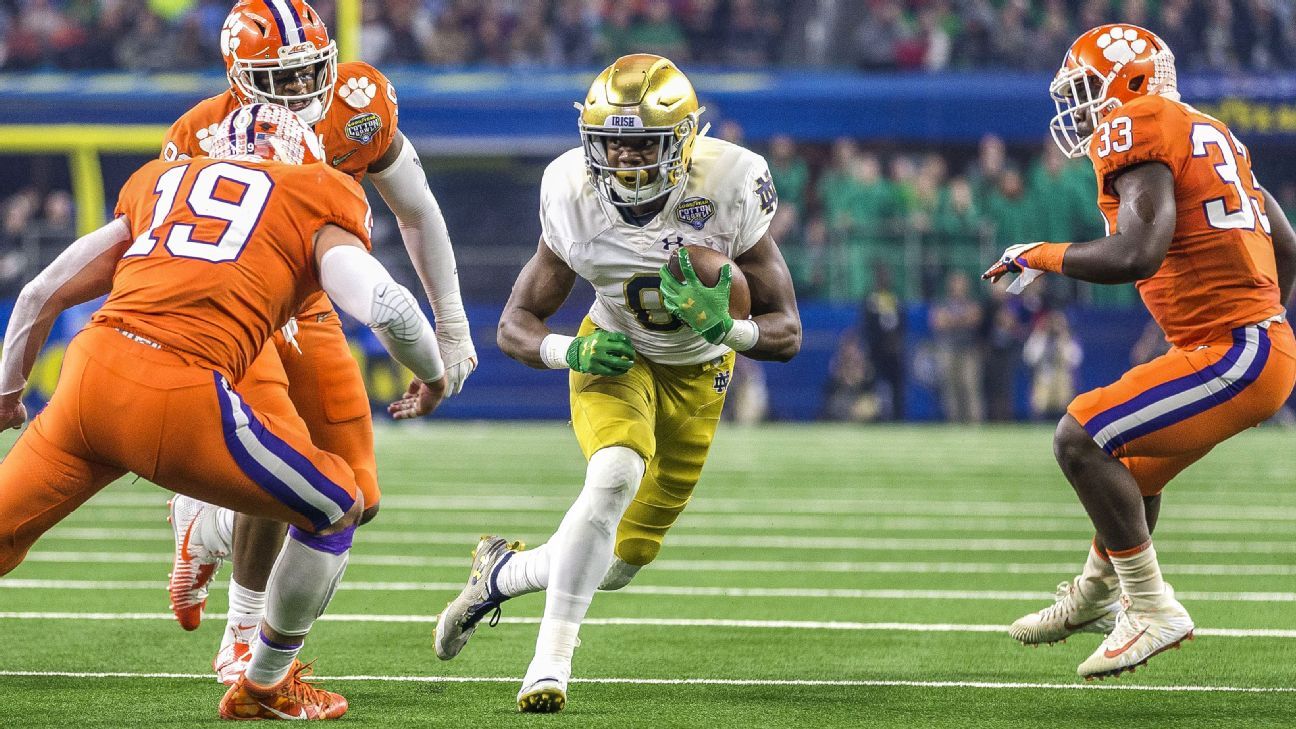 Twenty years ago, 10 years ago, 10 months ago, Notre Dame athletic director Jack Swarbrick would have met the idea of the Fighting Irish ever playing college football in any conference with a stifled yawn, a subtle eye roll, a we’ve-been-over-that response. And yet here we are. It took a pandemic, but the Irish, bachelors for the past 132 years, are agreeing to settle down with the Atlantic Coast Conference.

There is no one on either side of the Notre Dame-ACC marriage who believes this decision means anything beyond 2020. And, if they’re being completely honest, no one on either side can say the 2020 season will actually be played. We’re a month out and we don’t have schedules. If the season doesn’t happen, and we reset to normal next year, did the Irish tree really fall in the ACC forest?

You bet it did. The move is “in the historical context, a big deal,” Swarbrick told my colleague Heather Dinich on Thursday. What would be the equivalent? The Yankees moving to the National League? They’re playing one-third of a National League schedule in this shortened season. The Lakers playing home games in Florida? Check. A pandemic strong enough to upend the schedule of every professional sports league can force Notre Dame to take refuge in the ACC.

Yes, the ACC, historically a basketball-first conference in a football-first world. But so what? Under commissioner John Swofford, the ACC has met the challenge of not only surviving but thriving in an industry driven by football. The ACC used to be not only regional, but insular, Tobacco Road in short shorts. Tobacco is now as passé as those short shorts, and yet the ACC is sturdier than ever, stretching the length of the Atlantic Coast, from Biscayne Bay to the Back Bay.

Geographically, Notre Dame belongs in the Big Ten. South Bend, Indiana, is closer to nine Big Ten campuses than it is Pittsburgh, the closest ACC member. The rom-com between the Big Ten and Notre Dame ended more than a decade ago. After a century of never wanting each other at the same time, the two of them stopped flirting. Sheltering at home is an important health measure, but there are some things that not even the coronavirus pandemic can make happen.

On the field, this decision makes Notre Dame’s road to the College Football Playoff longer and rougher. The independent Irish would have had to defeat Clemson once, in South Bend, to reach the playoff. The ACC Irish will have to defeat the Tigers in South Bend and, possibly, in the ACC championship game in December.

Wasn’t that fun? Remember what it’s like to speculate about the outcome of games instead of whether they will be played?

When Notre Dame affiliated with the ACC in 2012, Swarbrick said the deal would allow the Irish to “maintain our historic independence in football.” Realignment had rendered Notre Dame’s existence on its own precarious. The ACC took in the Irish as a full member in all other sports and guaranteed Notre Dame five or six football games annually. The conference allowed the university to maintain the football identity it established and nurtured for more than a century.

That independence, created by necessity when the Big Ten repeatedly rebuffed the Catholic institution (five times by 1926), has served Notre Dame well. It turned the Fighting Irish into the first (and, for decades, only) national name in a regional sport. In the middle of the 20th century, when finishing No. 1 entailed winning a popularity contest, the Irish rode their stature to one national championship after another.

An entire generation of fans has grown up without seeing why we make such a fuss over the Irish. Notre Dame hasn’t won a national championship since 1988, the longest drought in school history, and has finished in the top five only twice this century. The Irish made it to the BCS title game in 2012 and the College Football Playoff in 2018. They lost those games by a combined 72-17, another way of saying the same thing regarding Notre Dame’s disappearance from the elite. These days, the most comprehensive method of determining who belongs among the college football elite is a map of the Southern states.

And now Notre Dame is joining a conference based largely in that Southern footprint. It will benefit both sides. The Notre Dame football brand remains iconic. The ACC is thrilled to have the school among its football membership, even if it’s for one season, even if that season never gets played.

When the world again begins to spin on its normal axis, Notre Dame plans to reassert its independence. Ah, yes, plans. The Irish wouldn’t be the first longtime bachelors to embrace their new partners.