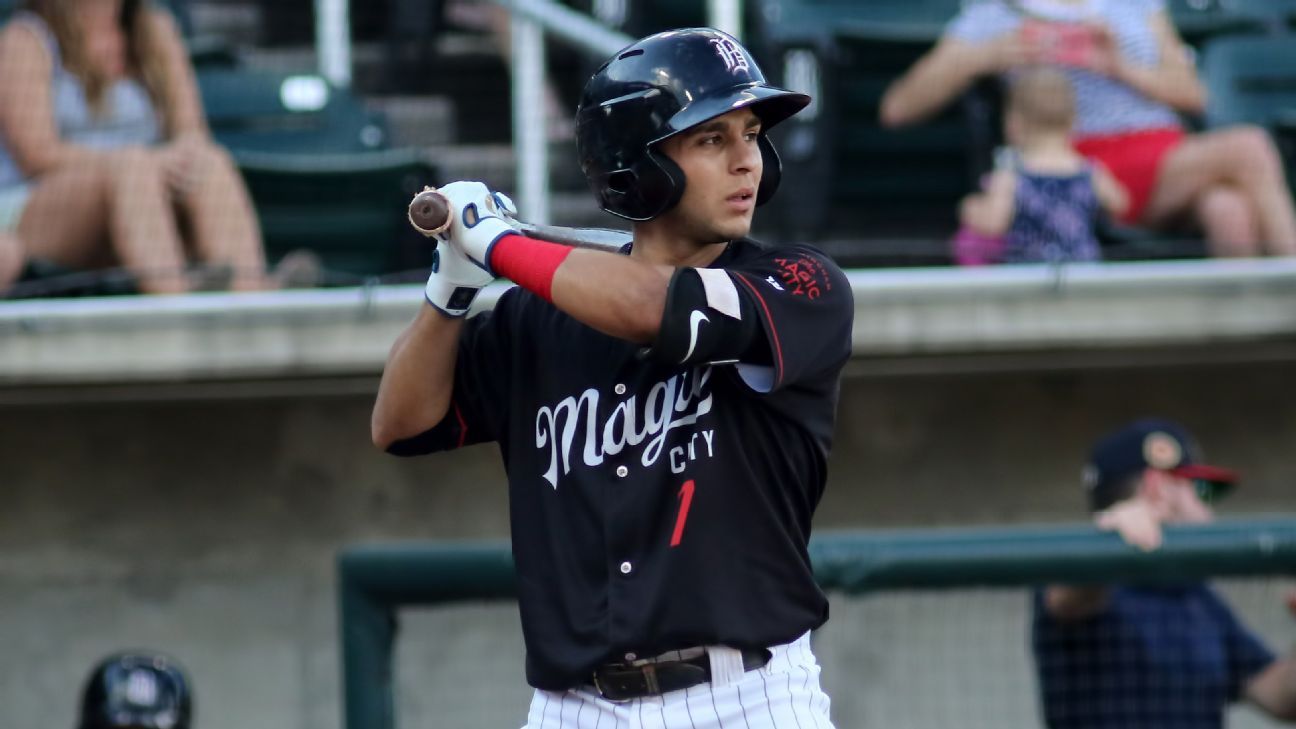 KANSAS CITY, Mo. — The Chicago White Sox promoted second baseman Nick Madrigal on Friday, adding one of their top prospects to the roster.

The 23-year-old Madrigal had been training at the team’s auxiliary site in Schaumburg, Illinois. Veteran reliever Kelvin Herrera was designated for assignment.

Madrigal was in the starting lineup for the opener of a three-game series at Kansas City, batting ninth in his big league debut.

“It’s been a long time coming. I’ve imagined this moment for a long time, since I was a little kid,” he said. “It’s a little different with the stadium empty, but it’s still a dream come true. It’s something I’ve worked extremely hard for for a long time.”

Madrigal was selected by Chicago with the fourth overall pick in the 2018 draft after a standout collegiate career at Oregon State. He is wearing uniform No. 1.

The 5-foot-8 Madrigal hit .311 with four homers and 55 RBIs in 120 games over three minor league stops last season, finishing the year at Triple-A Charlotte. Known for his bat-to-ball skills, he had 44 walks and 16 strikeouts in the minors in 2019.

He was with the team during its summer training camp but didn’t make the Opening Day roster.

“I was disappointed. I wanted to help this team win from the beginning; that was one of my goals. It didn’t work out,” he said. “When I went to Schaumburg, I wasn’t down at all. I was a little mad. It’s not my style to pout and be angry for more than a couple of days. I tried to stay focused. I feel good at this point.”

Herrera signed an $18 million, two-year deal with the White Sox in January 2019. He had a 6.14 ERA in 57 appearances in his first year with the team. He was charged with four runs in two innings in Chicago’s 14-2 loss to Minnesota on Sunday.