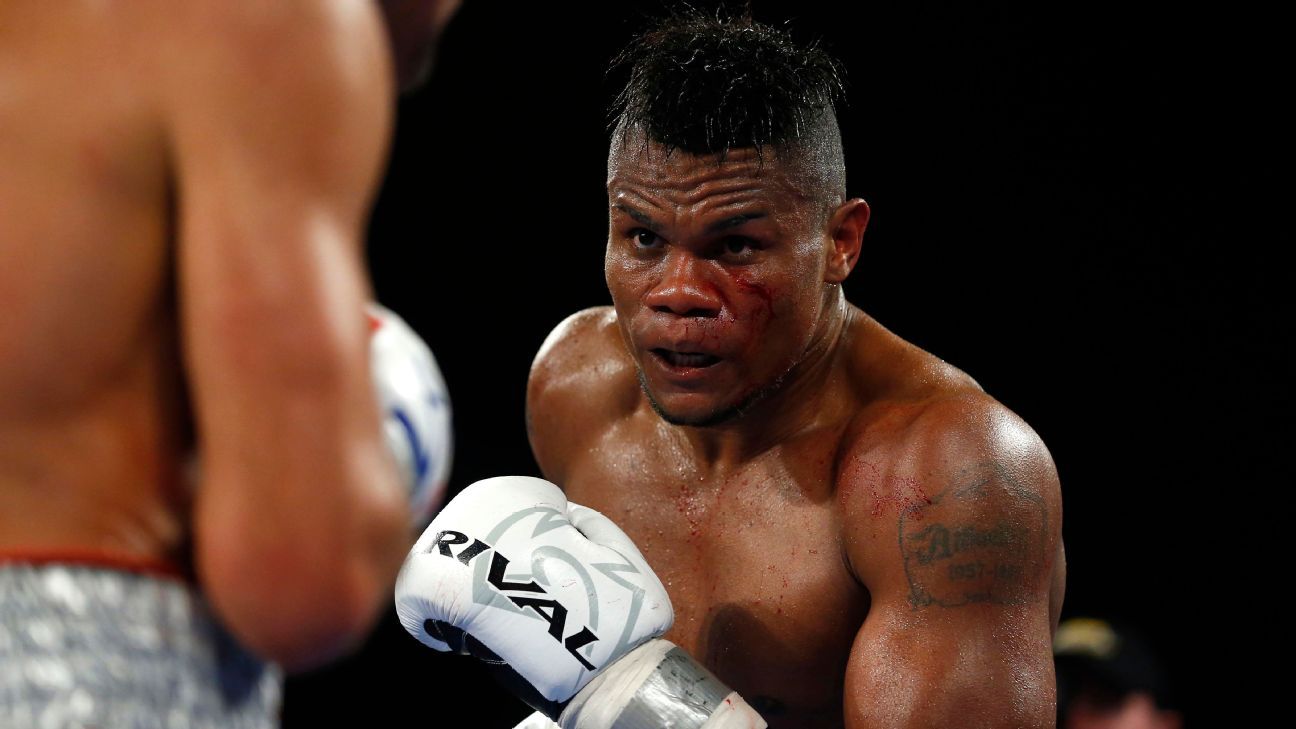 A light heavyweight bout between Eleider Alvarez (25-1, 13 KOs) and Joe Smith Jr. (25-3, 20 KOs) has been finalized for July 16 at the MGM Grand Convention Center in Las Vegas, Top Rank director of boxing operations Carl Moretti confirmed to ESPN, though he noted that the date “could be moved.”

The clash is a WBO elimination bout, with the winner taking on either Umar Salamov or Maxim Vlasov, depending on the outcome of that fight. The WBO light heavyweight title is currently vacant; Canelo Alvarez relinquished the belt shortly after stopping Sergey Kovalev last November in 11 rounds.

It’s not clear when Salamov and Vlasov will meet; they are both in Russia awaiting word. The winner of their fight will then have 120 days to face the winner of Alvarez-Smith for the WBO crown.

Alvarez, of Colombia, briefly held the light heavyweight title in 2018 after stopping Kovalev in seven rounds; he kicked off 2020 by defeating Michael Seals via seventh-round KO in January. Alvarez, 36, is a rugged and well-seasoned fighter who has faced Kovalev twice (splitting two fights), Jean Pascal (W12) and Lucien Bute (KO5).

Smith, a construction worker from Long Island, New York, was the Cinderella story of 2016 after upsetting the likes of Andrzej Fonfara in one round, and then sending Bernard Hopkins out of the ring and into retirement with an eighth-round stoppage.

Since then, he has lost to Sullivan Barrera and WBA titlist Dmitry Bivol, but remains a dangerous puncher in the division. In his last fight, he outpointed Jesse Hart over 10 rounds in January.