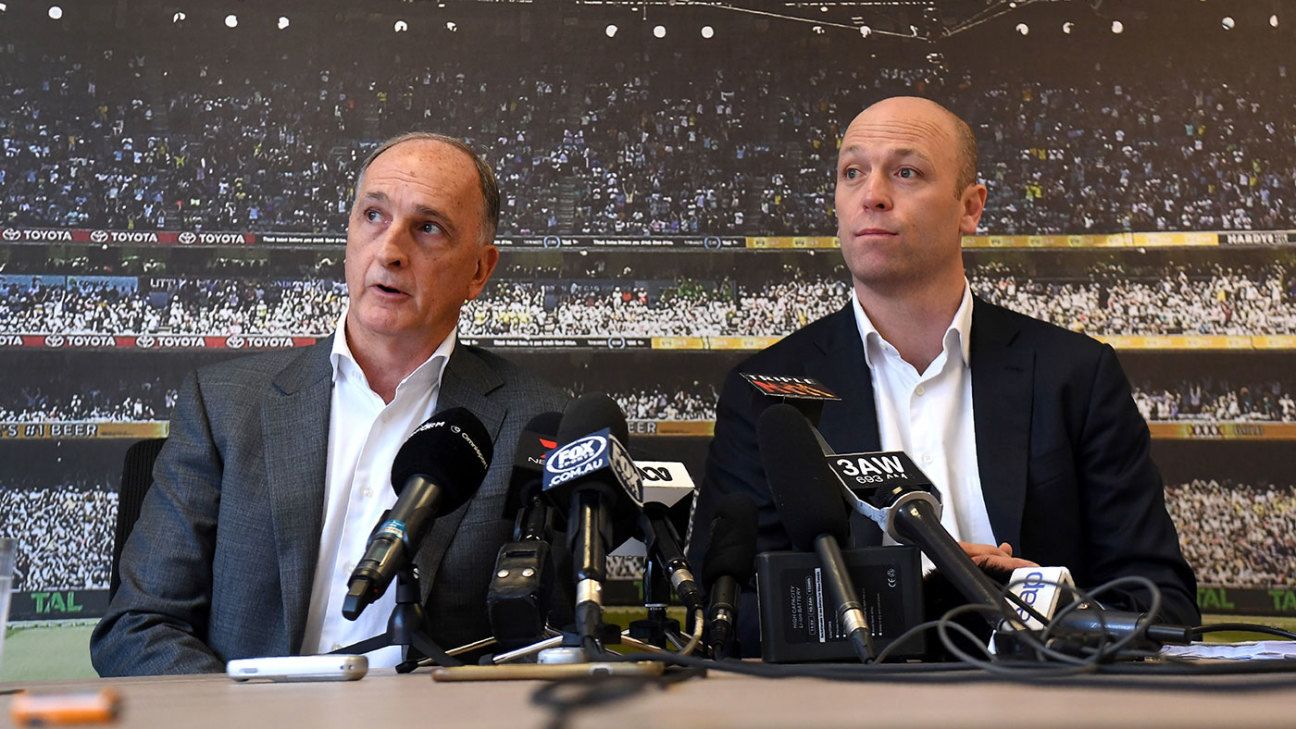 Almost three years after a pay dispute that ended in an exhausted compromise, Cricket Australia and the Australian Cricketers Association are back in conflict. The players’ union has advised its intent to formally challenge the governing body’s pessimistic revenue forecasts for the next two summers in the wake of the coronavirus pandemic.

As per CA’s forecast, there would be a 48% reduction in revenue for 2020-21 and a 20% drop for 2021-22. These are the figures out of which the players’ fixed 27.5% of Australian Cricket Revenue (ACR) are drawn. The ACA has informed players of its intent to commence dispute resolution proceedings with CA. This process provides for 21 days of “good faith” negotiations, followed by a mediation process and ultimately a confrontation in the courts if required.

The ACA had questioned CA’s financial warnings last month as well. But CA has been unable to convince either the ACA, or the New South Wales or Queensland cricket boards of the need to accept their proposed form of cost-cutting, which was initially thrashed out by a small group of CA executives and board directors in late March.

Kevin Roberts and Earl Eddings, CA’s chief executive and chairman respectively, have attempted to balance the financial uncertainties with the maintenance of confidence among commercial, broadcast and player partners that the summer will go ahead. They have offered the ACA more frequent financial forecasts than previously provided as circumstances change, while also trying to account for the possibility of a major drop off in match-day revenue, from around A$55 million (US$38 million approx.) to A$10 million (US$7 million approx.) in the wake of Covid-19.

However, the ACA and dissenting states contend that such figures do not account for the high costs associated with achieving that level of revenue, with broadcast rights revenue providing the overwhelming majority of the game’s cash flow, followed by sponsorship dollars.

The ACA board is comprised of the chair Greg Dyer and president Shane Watson, alongside Alyssa Healy, Aaron Finch, Pat Cummins, Lisa Sthalekar, Moises Henriques, Kristen Beams, Janet Torney and Neil Maxwell – also a director on the NSW board, and it has disputed the notion that CA’s forecasts would not affect player pay because extra funds could be drawn out of the adjustment ledger that collects money delivered over projections made in 2017. This is largely because adjustment ledger cash is now handed over annually rather than in a lump sum at the end of the MoU, and also because significant portions of the adjustment ledger are committed to grassroots cricket, extra money for female players for the first time in MoU history, and contributions to the players’ retirement funds.

While the outlook for playing has improved considerably in the intervening months, CA has continued to push the case for contingencies and cutbacks based on the loss of 50% of revenue for this summer, even as it has all but confirmed India coming for a full tour, and also laid out its broader international program to assuage any doubts from Australian and overseas broadcasters and other commercial partners. CA is believed to be in negotiations for the renewal of one major sponsorship, of KFC, while also closing in on finalising a deal with a new Test series sponsor to replace Domain.

The fast-moving environment has shifted enormously from March or April to June, but CA’s signal of the need for deep cuts two months ago has set off a chain reaction of staff and funding cuts among all the states apart from NSW. CA itself is set to confirm a major round of redundancies – as many as 20% of staff may go – next week, but it will now face a dispute with the ACA in addition to the states.

In an email to players, ACA chief executive Alistair Nicholson declared the players union’s intent to challenge the forecasts and its impact on the total player payment pool. “Our initial analysis of the figures shows that CA’s revised forecasts result in: Approximately a 48% reduction in forecast revenue for 2020-21 on so-called draft “pre-coronavirus” revenue projections advised to the ACA in April – from $461 million [US$318 million approx.] to $239.7 million [US$165 million approx.] (a 41% reduction on the $407 million [US$281 million approx.] of reforecast revenue following the 2018 broadcast deal),” Nicholson wrote.

“They do not appear to be reasonable or consistent with an obligation of good faith, as required. From what the ACA has been able to determine so far, cricket is yet to suffer a significant adverse revenue event and the outlook for the game remains positive; If cricket does suffer an adverse financial event in the future – a reforecast can be provided at this time. The reforecasts appears inconsistent with CA’s own public assurances that a $300 million [US$207 million approx.] Indian tour is a “9 out of 10“.

“They also appear to run counter to CA’s recent public announcement of its international schedule. Despite the claim that players’ retainers, match fees and related payments will not be directly impacted over the next two years, the reality is that these new forecasts have the effect (unless questioned by the ACA) of reducing the players’ adjustment ledger by up to $86 million [US$59 million approx.] from the most recent “pre-coronavirus” forecasts provided (above) – with a knock on effect to player payments, benefits and funds. A distinct lack of detail supporting the reforecast.”

Nicholson went on to outline the process by which the ACA and CA would not have to embark upon over the issue of forecasting, while also confirming that players were free to sign their current contracts for the 2020-21 season. “The ACA must now commence a more formal process of due diligence via good faith negotiation dispute resolution mechanisms contained in the MOU between the ACA and CA,” he wrote.

“The process is designed to shine a light on CA’s reforecasts and forecasting process so that a clearer and more reasonable formulation of them can be established. To not follow this process would be to risk further damage to cricket, the game we all love, and its otherwise bright future. We confirm that players are free to enter into their playing contracts, based on CA’s assurances and in the knowledge that the ACA is engaged in the further due diligence process above.”