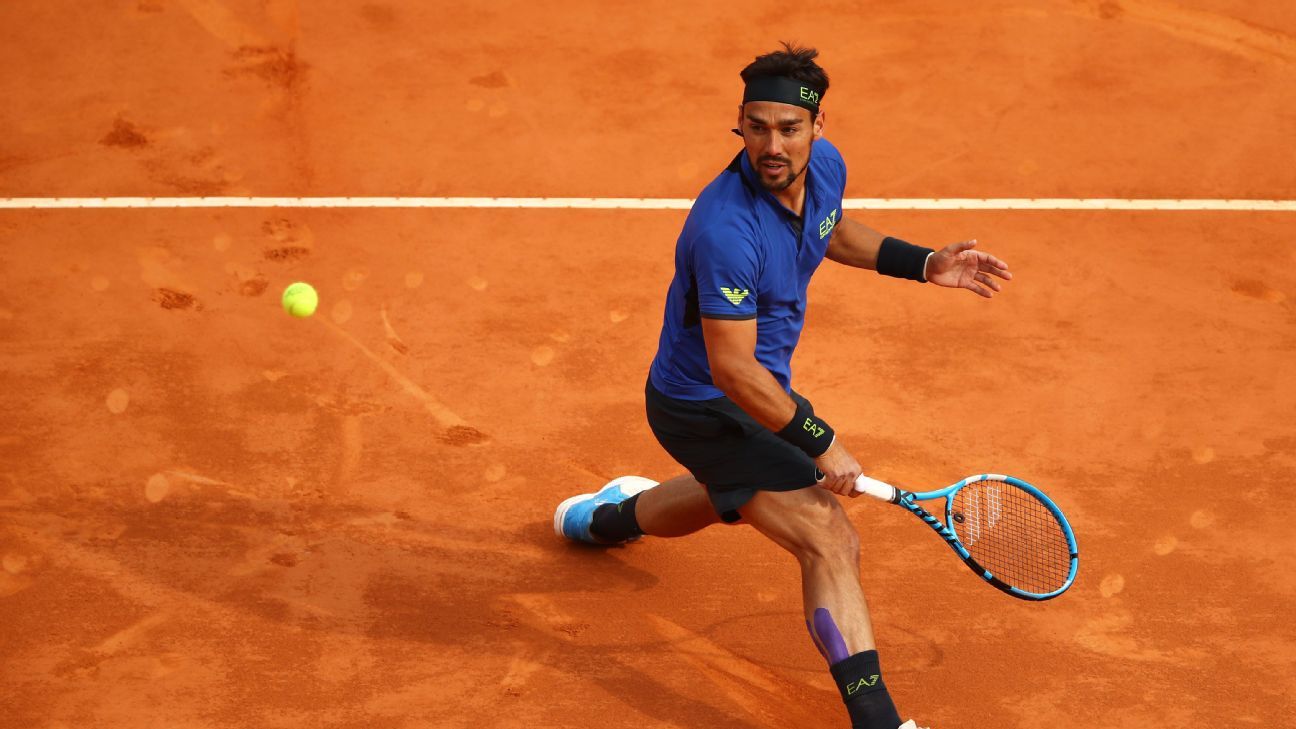 ROME — Former top-10 player Fabio Fognini said on social media that he had arthroscopic surgery on both ankles Saturday.

The 2011 French Open quarterfinalist, who reached a career-high No. 9 in the ATP rankings last year, posted two messages on Twitter. The first announced he would have the operations, and the second included a photo of him in a hospital bed.

Fognini said he had trouble with his left ankle for 3+ years and learned to “cope with” it. Then he developed a problem with his right ankle over the past two years.

He wrote that he “hoped the various issues would go away” during a two-month break from competition while the tennis tours were suspended because of the coronavirus pandemic.

But the issues “were still there” when he resumed practicing.

He is married to 2015 U.S. Open champion Flavia Pennetta.