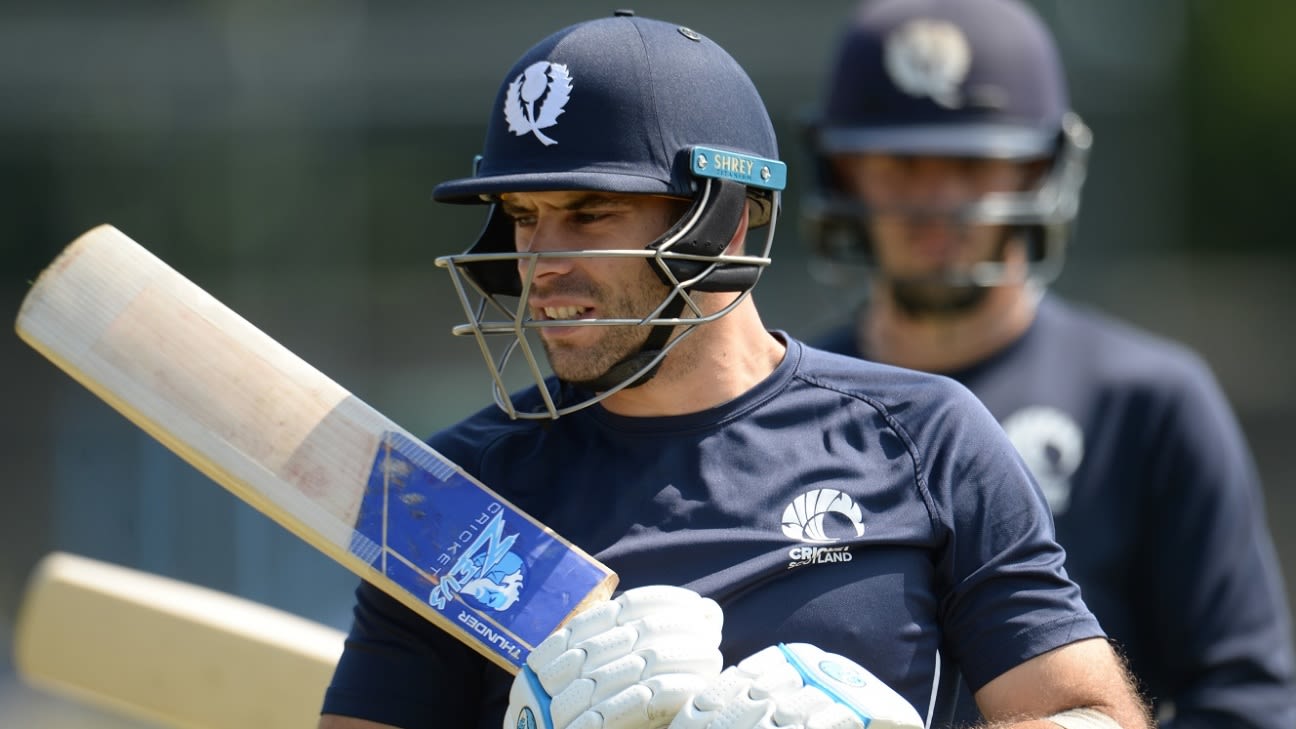 Kyle Coetzer has expressed concern that with no cricket in Scotland until at least August, the sport could well “start to be forgotten in some ways”, and cricketers who are not getting a chance to do what they do best might just move away from the game.

“Any sport that isn’t getting any headlines will slowly but surely start to be forgotten in some ways,” the Scotland captain told the BBC. “People who are playing at the grassroots may well just decide ‘well, we are not playing this year’ and some might just decide ‘well, actually I am not going to bother coming back’. You just hope that isn’t the case.”

Scotland last played competitive cricket in December 2019, when they were in the UAE to take part in a chunk of Cricket World Cup League 2 fixtures. The next round of matches in the competition, slotted for early April in Lauderhill, Florida, was cancelled along with all other major cricket following the Covid-19 outbreak. As things stand, their limited-overs matches against New Zealand and Australia in Edinburgh in June look likely to be scrapped as well, even though Scotland has expressed a willingness to host the games behind closed doors if needed.

“These opportunities don’t come round every year and playing those games gives the whole cricketing public in Scotland real hope,” Coetzer said. “I don’t think cricket in Scotland will fall behind – I think everyone is pretty much in the same place give or take a bit of finance. We will be as eager as any other team to keep pushing forward.”

The good thing from Scotland’s point of view is that they have already made the cut for the group stage of the men’s T20 World Cup, scheduled for October-November in Australia. The tournament hasn’t been cancelled yet, but there is a great sense of uncertainty around it, and even if it does take place, there is a good chance of the matches being played to empty stands.

Despite the possibility of the tournament moving to a later date, 36-year-old Coetzer has big plans when it comes to Scotland cricket. “We have full member status on the horizon, which is something that is massively on my agenda. And I would love to play in a couple more World Cups,” he said.

“I keep proving myself wrong by doing things that I didn’t think I was capable of and that is a very special thing. I can see myself managing another few years yet anyway.”