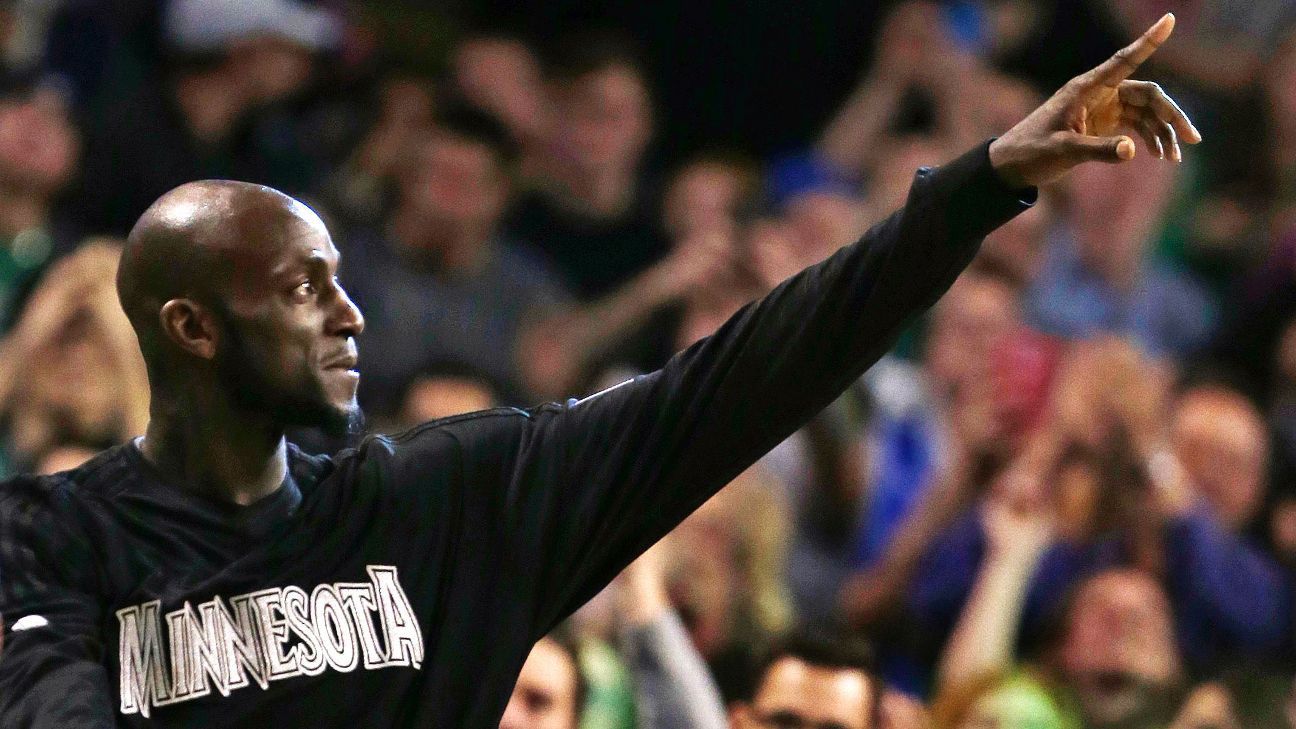 Kevin Garnett was recently selected to be enshrined into the Basketball Hall of Fame, but he’s “not entertaining” the idea of the Minnesota Timberwolves retiring his No. 21, saying he still hasn’t forgiven team owner Glen Taylor after an acrimonious split in 2016.

“Glen knows where I’m at, I’m not entertaining it. First of all, it’s not genuine. Two, he’s getting pressure from a lot of fans and, I guess, the community there,” Garnett told The Athletic. “Glen and I had an understanding before [former team president] Flip [Saunders] died, and when Flip died, that understanding went with Flip.

Saunders brought Garnett back to Minnesota in a trade in 2015, the two talked about KG eventually becoming a minority owner.

Then Saunders suddenly died after a battle with lymphoma and the Wolves were forced to move on with new leadership. Garnett told The AP in 2017 that he believes promises were broken. He retired in September 2016 after a tense buyout negotiation with Taylor.

“My years in Minnesota and in that community, I cherish,” Garnett told The Athletic. “At this point, I don’t want any dealings with Glen Taylor or Taylor Corp. or anything that has to do with him. I love my Timberwolves, I’ll always love my guys, I’ll always love the people who f— with me there. I’ll always have a special place for the city of Minneapolis and the state of Minnesota in my heart.

Garnett was among nine selected for the Hall of Fame last Saturday. He spent 14 of his 21 NBA seasons in Minnesota, including the first 12. He averaged 17.8 points, 10.0 rebounds, 3.7 assists per game with the Timberwolves, Boston Celtics and Brooklyn Nets.

The Associated Press contributed to this report.