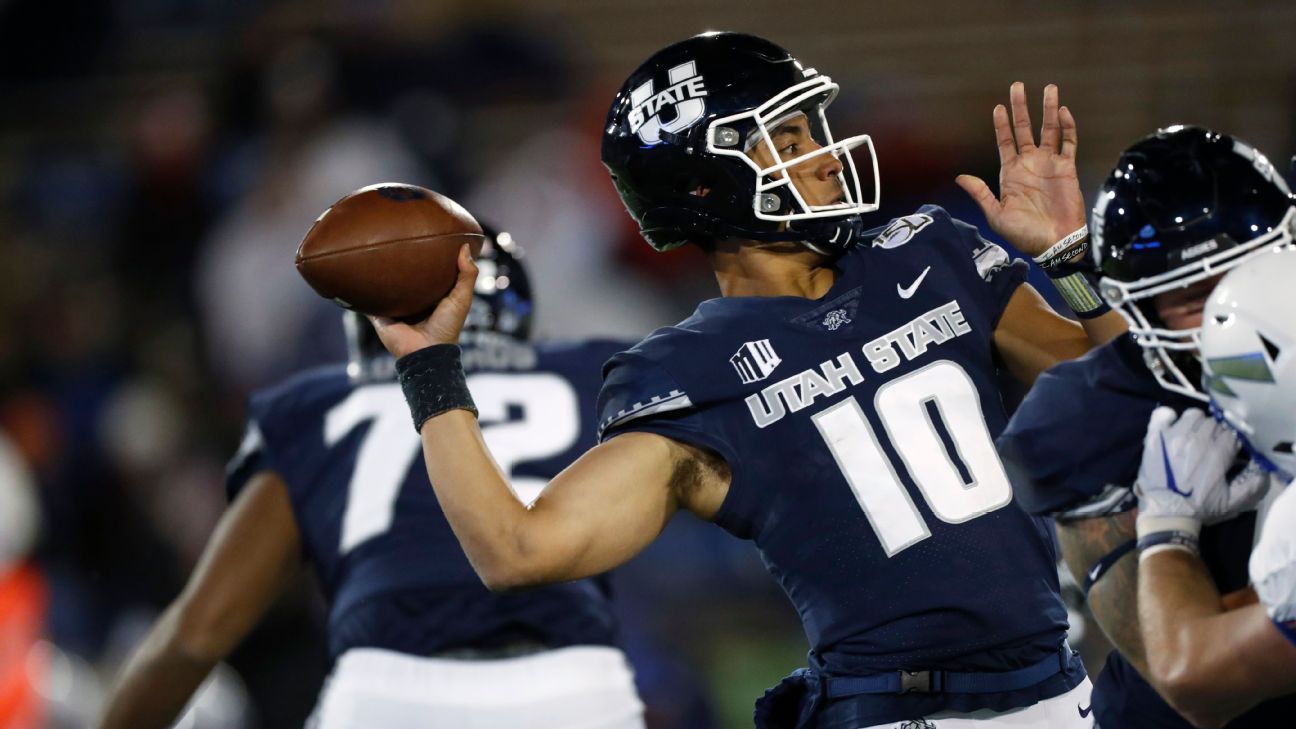 The New England Patriots have three quarterbacks who account for less than $3 million in salary-cap space in Jarrett Stidham, Brian Hoyer and Cody Kessler, easily the lowest financial total at the position in the NFL.

The top question facing the budget-conscious team is obvious: Which low-cost option rises up? With the Patriots so snug to the salary cap, they are limited in what type of significant free-agent addition they might be able to make, which leads to another question: Could a high 2020 NFL draft pick be an avenue they consider?

The Patriots haven’t selected a quarterback in the first round since 1993, when Drew Bledsoe (No. 1 overall) was the pick. That was a different era, when Bill Parcells had just arrived as coach, and hope was restored to a region starved for winning football.

So if the Patriots follow through on what ESPN draft analyst Mel Kiper Jr. says is possible in his latest mock draft — tabbing Utah State quarterback Jordan Love with the No. 23 pick — it would be a decisive move that breaks the Belichick mold.

In that scenario, the Patriots would have to be confident Love is an upgrade from Stidham, who in 2019 had the best preseason of any rookie quarterback under Belichick. They would also have to be willing to concede that Love projects more to 2021 than 2020; considering there will be limited practice time in the offseason — if any during the coronavirus pandemic — relying on any rookies for big things this season seems like risky business.

The Patriots also have several other needs to address, and going with a quarterback would push the team’s opportunity to focus on other spots into the late third round (No. 87), which is when they pick next.

International return for Kolpaks would need CSA to ‘swallow their pride’ – Simon Harmer
Why is drafting an NFL quarterback so hard? Jordan Love is about to find out
NFL still planning offseason workout programs
Coronavirus: Formula 1 extends shutdown period
The NHL’s coronavirus pause: How the playoffs could work, new positive tests and more