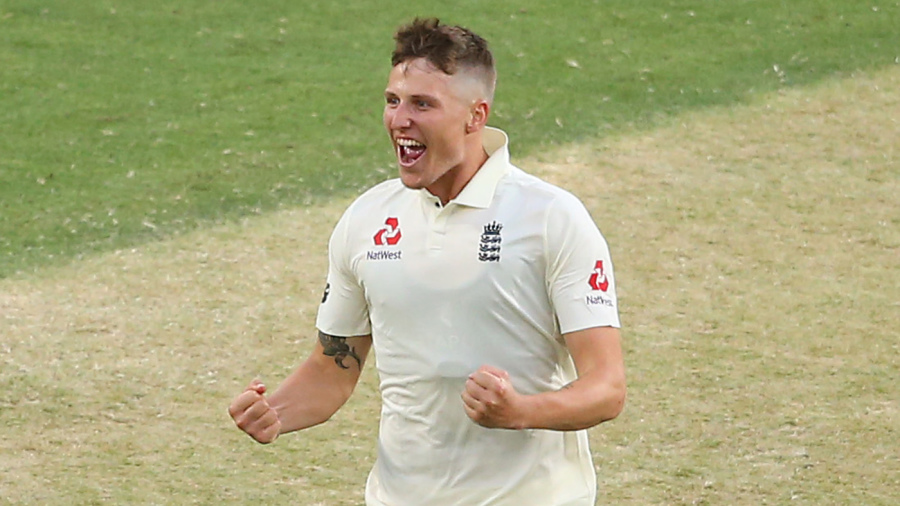 England Lions closed in on a convincing win in their four-day game against Australia A, enforcing the follow-on as their seamers continued to impress at the MCG.

Resuming on 5 for 103, Josh Inglis continued to hold proceedings up alongside Jack Wildermuth before he was bowled by Ollie Robinson, and the wickets then came easily for the Lions, Brydon Carse and allrounder Tom Abell taking two apiece as the lower order offered limited resistance. Wildermuth did complete a 10th first-class fifty, but was left stranded as wickets fell around him.

Keaton Jennings did not hesitate to enforce the follow-on, and his faith in his attack was immediately rewarded as Craig Overton trapped Usman Khawaja lbw in the first over. Nic Maddinson, the Sheffield Shield’s form batsman, made a quickfire 52 before falling to the same bowler, and then offspinner Dom Bess struck twice in as many overs to leave the hosts teetering at 4 for 85.

Robinson removed Inglis for the second time in the day before rain brought proceedings to an early close, and despite Kurtis Patterson’s resistance, the stage was set for the Lions to wrap up a win on the final day.

“We’ve had another good day in the field but we know there’s still work to be done tomorrow if we’re to win the game,” said Jennings. “Patterson and Wildermuth are good batsmen and I’m sure they’ll do everything they can to frustrate us and take the game as deep as possible.

“Our bowling throughout the day was generally good and even when decent partnerships started to form we held our nerve to take advantage of any breakthrough and put the Australian batsmen under pressure. Winning any game in Australia is difficult, so hopefully we can push on to victory tomorrow.”