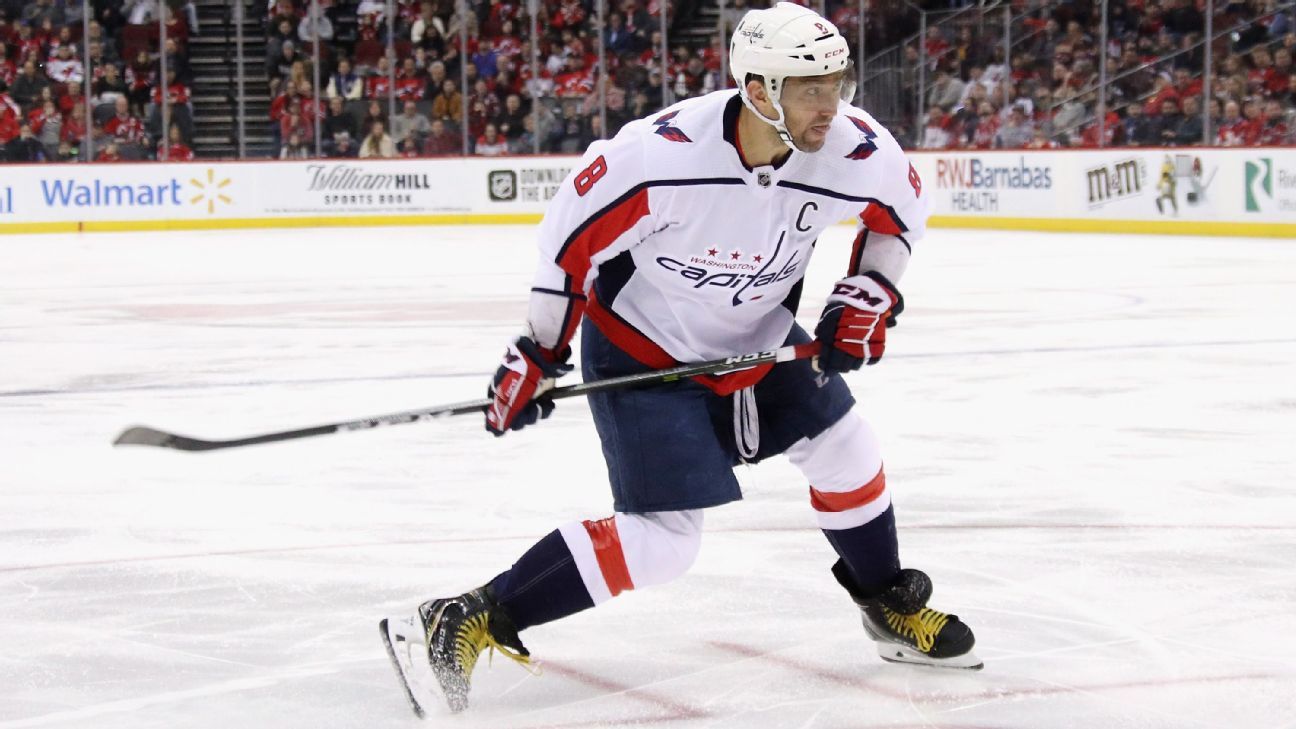 On his way to 700, Ovechkin, 34, orchestrated a run that is lofty even for his standards, scoring 16 goals in a 10-game run, stretching from Jan. 7-Feb. 4, that landed him on 698. Included in that stretch was three hat tricks.

It took six more games to get to 699, which came Thursday against the Montreal Canadiens. No. 700 was only one game and two days after that.

Everyone is getting into the celebration! #700VI pic.twitter.com/VckaBRhz87

The Gr8est Goal Scorer of All Time. #700vi #ALLCAPS pic.twitter.com/JZSjEITYlo

Ovechkin is the second-youngest player to reach the milestone, behind only Gretzky, who was 29 when he reached it in 1991. He also only trailed Gretzky in the number of games to get there — 1,143 games vs. Gretzky’s 886.

As buzz began to build for the milestone since the turn of the calendar year, Ovechkin was asked time and again about what it means to him. Typically mild-mannered in front of the microphone, Ovechkin often responded generically. Though he’s clearly honored to be with that group, he didn’t want to spend too much time reveling in it. Not with Washington trying to secure the No. 1 overall seed in the postseason, and its second Stanley Cup championship in three years.

“I’m still playing,” Ovechkin said earlier this month. “But after the year, yeah, I’m pretty sure me and my family and my friends are going to talk about it.”

Even beyond 700, Ovechkin’s numbers continue to be headline-grabbing. Due in part to that 10-game stretch, he now has 27 career hat tricks and 11 40-goal seasons.

“If you’re going to think about it too much, you’re never going to get it,” Ovechkin said earlier this month. “So I have to go out there and play.”

Ovechkin remains No. 8 on the all-time goals list, but is closing in on Gartner (708), the former Capitals forward, at No. 7. Ovechkin passed Hall of Fame center Mark Messier for eighth place earlier this season.

Ovechkin is the first Russian player to reach 700, and the third Capital to make the list, joining Gartner and Jagr, though neither recorded that milestone tally in a Washington uniform.